The masala box also known as the Indian spice box is a handy piece of equipment in any kitchen. Obviously, you can add your choice of spices, which should generally be the ones you use most often. I prefer to only add dry spices to my spice box and keep my saucy masalas each separately in an airtight box in the fridge.

If you are wondering, what you should do with leftover dry spices that don’t fit in the masala box, I would suggest putting them in tiny Ziploc bags and then arranging them individually labeled in a large plastic box, this prevents my refrigerator from catching any odors.

I am also going to share some of the other important ingredients you will want to keep handy in order to set up your own Indian kitchen. I had excellent help setting up mine but for those who don’t, this article should make life much simpler.

My masala box is simple; it is made of two boxes one with seven small bowls which store most of my powdered spices the other which has three compartments stores ingredients like bay leaves, cinnamon sticks, cardamoms and cloves.

A masala box can be found easily at any Indian grocery store, simply ask for a masala or spice box. While you are at the store, you might want to pick up the ingredients that go with it.

Below is a list of basic ingredients I believe to be a necessity in my kitchen, you may add or deduct according to your recipes.

Haldi or Turmeric – Used often, it’s the medicinal superstar, add it for some color in food or on a cut or open wound to prevent an infection, even my dentist recommends it for bleeding gums. Have to be careful not to get it on your ceramic teeth or your clothes; the stains do not wash off easily.

Kashmiri Chili Powder – Used often, this chili powder may sound a little hot on the tongue but it really isn’t that spicy. If this ingredient is called for in a recipe, it’s usually to add flavor and color to the food. I use this spice in absolutely everything. Note to remember – do not substitute it with cayenne chili powder the results will never be the same.

Dhana Jeera Powder – A spice that is a blend of coriander and cumin powder, it’s also used separately in Indian households. If you plan to make your own Dhana-Jeera powder, you might want to roast the spices a little before you grind them into very fine powder. Roasting the seeds adds a taste like no other. Nonetheless, store bought versions are equally desirable.

Rye Seeds – You know good food is on its way when you can hear the rye seeds crackling. I simply love eating my vegetables with some cumin, rye and curry leaves. Crackle these ingredients in a pot; add some potatoes and you have a dish everyone loves.

Cumin Seeds – Ask me what I would do without some Jeera in my spice box and I would have to call that having a nightmare in the kitchen. The burst of flavor and the aroma of this spice is all you need in many Indian recipe.

Sambhar Masala – A blend of Methi (Fenugreek), Haldi (Mustard), Hing (Asafetida) and Til (Sesame) Oil. This masala is called for in a number of Parsi recipes and can be found at your local grocery store.

Dhansak Masala – For all those who don’t know Dhansak, is a staple Sunday diet for Parsi’s all over the world. However if you plan on going to a Parsi navjot or wedding don’t expect to see it on the menu as it is never prepared on a good occasion. Making Dhansak can take anywhere from 4 – 5 hours, but if you have the right pre made masalas stored in the fridge as I do, prep time just gets cut to half.

Lal Masala Paste – While this paste does not lie in my masala box, it is the King of my Kitchen and I would faint the day I ran out of it. The recipe is already at www.thebawibawarchi.com if you look for it in the search menu.

Ginger-Garlic Paste – it is as the name states it a paste made with ginger and garlic and can be made at home or bought at the store. Always remember to store it in the refrigerator once it has been opened in an airtight box.

Tamarind Paste – Even when it comes to food we never know what side to take, do we like it sweet or savory no one can ever make up their mind, hence the answer is simple add tamarind paste and Jaggery into almost all your dishes and voila! You have reached delicious.

Jaggery – Jaggery can always be substituted with sugar. The use of Jaggery adds a sweetness to the food but I add it because someone very dear to me once said that adding Jaggery or sugar prevents food from falling short at the table. Call me superstitious if you want but in my house as children we were taught a very important life lesson that, nobody at our table should be allowed to go hungry and well they simply never have.

Coconut Powder – I always need these for curry’s, recipes with gravy and soups. I also find it’s much easier to use powder instead  of fresh coconut to make coconut milk.

Other must have spices 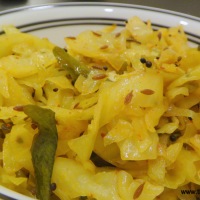